What are the best museums in New York City?

New York City has dozens of museums. One hundred and counting, actually. In fact, it’s one of the best cities in the world to visit for museums. It would be lovely to explore every single one of them, to be sure.

But if you are just visiting, you are likely to be short on time. In that case, you need to make the tough decision of picking just a few of them and leaving the others for another time. Lucky for you, we made this short(ish) list of what we believe to be the best museums in New York City, our home town.

We will explore the highest-rated museums in NYC and try to figure out what makes them stand out, together. There are, of course, the most famous ones that simply must go on our list. There are also a few lesser-known ones that are hidden gems of New York.

And finally, we will also take a look at a few free museums in NYC, for those of you that are on a tighter budget.

Please note – Some of our selections contain affiliate links. These allow us to earn a small percentage every time you make a booking. Using our links enables us to provide all the information found on this site free of charge.

There are many famous museums in New York City. The five on our list are probably best-known. If this was a popularity contest, one of them would definitely be crowned as the best museum in NYC.

However, all of them have their particular charm in the way they are designed and organized. Depending on your interests, you might disagree with the majority of museum visitors. But, you are sure to find at least one museum you like among these.

The American Museum of Natural History

The American Museum of Natural History is the largest natural history museum in the world. It has 45 permanent exhibition halls, in addition to a planetarium and a library. The museum collections contain over 33 million specimens of plants, animals, fossils, minerals, rocks, meteorites, human remains, and human cultural artifacts.

It’s one of the best-known museums in the world. Only a portion of its collection is displayed at any given time. This guarantees that your visit will be a unique experience.

Planning to go? You can get your tickets in advance here.

The MET – Metropolitan Museum of Art

The MET is the largest art museum in the United States. Its permanent collection contains over two million works, divided among seventeen curatorial departments.

The MET is the best museum in NYC if you are interested in classical art. The permanent collection consists of works of art from classical antiquity and ancient Egypt. As well as paintings and sculptures from nearly all the European masters, and an extensive collection of American and modern art. It might just be our favorite NYC museum, as well.

Lines to get into the MET can be long, especially on the weekend. Not to worry, you can skip them by getting your ticket in advance.

If you are more interested in modern and contemporary art, the Museum of Modern Art might be the place for you.

Here you can see such masterworks as Frida Kahlo’s Self-Portrait With Cropped Hair, Picasso’s Les Demoiselles d’Avignon, Jackson Pollock’s One: Number 31, Van Gogh’s Starry Night, and many others.

Even for someone with little interest in art, this museum offers many pieces that have become ubiquitous in popular culture. Therefore, anyone should find some fun and inspiration here.

Don’t wait in line, get your ticket in advance here.

If you’ve heard about one museum in your life, it’s the Guggenheim. It was established in 1939 as the Museum of Non-Objective Painting. It houses a collection of Impressionist, Post-Impressionist, early Modern and contemporary art.

They also host special exhibitions throughout the year. Some of the works displayed in the Guggenheim include Georges Braque’s Violon et palette, Wassily Kandinsky’s Landscape with Factory Chimney, and Franz Marc’s The Yellow Cow.

The Guggenheim also happens to have one of the coolest interior designs in all of NYC. The exterior is pretty interesting as well. The building has a cylindrical shape tapering at the bottom. Its façade is matte-white and unadorned. And on the inside the different display rooms and auditoriums have similar interesting designs.

Get in faster and skip the main line by buying tickets in advance here.

The Whitney Museum of American Art is located in Manhattan. Its focus is on 20th and 21st century American art. Its permanent collection comprises more than 23,000 paintings, sculptures, drawings, prints photographs, films, videos, and artifacts of new media by over 3,400 artists.

Some of the works in their collection are Maurice Prendergast’s Central Park, and George Luks’s Armistice Night. The museum places special focus on displaying works of living artists. Simultaneously it maintains a permanent collection of seminal pieces from the beginning of the 20th century.

The Hidden Gems – Museums in NYC

Since the number of museums in NYC is massive, it’s no wonder that some great ones go relatively unnoticed. We hope that this list will persuade at least some of you to pay them a visit. We promise you won’t regret it.

The Museo Del Barrio specializes in Latin American and Caribbean art, with an emphasis on works from Puerto Rico and the Puerto Rican community in New York City. It has a permanent collection of around 6,500 pieces, which encompass more than 800 years of Latino art.

It includes pre-Columbian Taino artifacts, traditional arts, 20th century drawings, paintings, sculptures and installations; as well as prints, photography, documentary films and video. It’s an important part of NYC and its large Latino community. While not very well known outside New York, it is a great museum to visit.

The Merchant’s House Museum is a peculiar one on this list. Namely, it is the only 19th century family home in NYC that is fully preserved. It is intact both inside and out.

The museum houses a collection of over 3,000 items that were the possessions of the Tredwells. They were a wealthy merchant family who lived in the house from 1835 to 1933. It includes furniture, decorative art, clothing, photographs and books. It offers a rare glimpse into days gone by from a completely authentic perspective.

Museum of Chinese in America

The Museum of Chinese in America is a nonprofit education and cultural institution that represents the history, culture and heritage of Chinese Americans. They house exhibitions, host educational services and public programs. Their core exhibition With a Single Step: Stories in the Making of America traces more than 160 years of Chinese-American history.

It is operated by a non-profit institution whose mission is to raise funds, program, and operate the memorial and museum at the World Trade Center site. Even if you don’t end up visiting, and even though it is a free museum, we urge you to donate to this organization.

The Brooklyn Children’s Museum is the first children’s museum in the United States, and maybe in the entire world. The original focus of the museum was the presentation of natural science to children raised in an urban environment.

Following World War II, the focus shifted to technology and cultural awareness. It’s not intended to attract solely the interest of a young audience, but to engage their minds from a young age. Children contribute extensively to the planning of exhibits and have done so for most of the museum’s history.

The Morgan Library and Museum is a museum and research library. It’s also a book lover’s dream come true. Rememebr the smell of your favorite old book? Multiply that by thousands!

The Morgan Library was founded to house the private library of J. P. Morgan in 1906. The dude really liked his books. The most significant part of the collection is a small, but select collection of illuminated manuscripts. It includes some authors’ original manuscripts, for example by Sir Walter Scott and Honore de Balzac, as well as scraps of paper on which Bob Dylan wrote “Blowin’ in the Wind” and “It Ain’t Me Babe”.

The Morgan Library is home to many rare books. Some of them are three Gutenberg Bibles, William Blake’s original drawings for his edition of the Book of Job, P. B. Shelley’s notebook, originals of poems by Robert Burns, etc.

If you plan on visiting A LOT of museums and sites while in NYC you might want to consider an Explorer Pass with over 85 museums, tours, and attractions. You can visit the MET, MoMA, the Guggenheim, The Whitney and many many more museums and other famous NYC attractions with this pass.

There are many more great museums we have left out because of limited space. That in no way means that they aren’t great museums, they might just not be as well known to us. If you have a suggestion for a great museum in NYC, feel free to contact us.

We hope that we gave you enough basic information on some of the best museums in NYC. Keep in mind that even though the last section was dedicated to free museums in NYC, many of the others are free as well. They will usually have a certain day of the week when admission is free during a limited period of time. Besides that many of the museums listed have reasonable admission fees, and quite frankly deserve your patronage.

New York residents can make use of a “pay what you want” program in some of the best museums in NYC. Just bring proof of residency, show it to the ticket sales person, and pay whatever you want. Be generous, these amazing museums count on our money to stay awesome.

Have fun on your museum tour, and be kind to your friendly local curator – they are doing a public service to all of us. 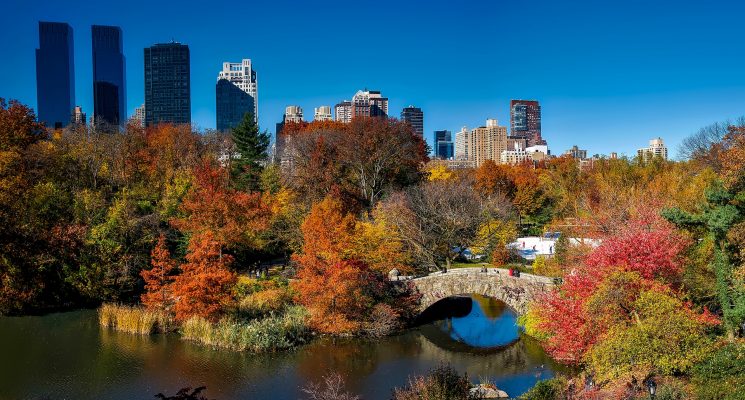 Looking for the best parks in NYC? Ahhhh, New York City. The King of Cities. You can find just about anything you want in New York. But&#...
Need a bit of help getting around the New York City Subway system? Well we’re here to help! Home to one of the largest subway syste...
How much does a trip to Hawaii cost?  Hawaii vacations are absolutely amazing, but as you’ve probably heard they can be expensi...
Looking for the best hostels in New York City? There are fewer New York hostels than you would think, due to some bizarre zoning rules in...
Miami on a Budget Visiting Miami on a budget isn’t the easiest thing ever, but it is definitely possible if you know where to look!...
Looking for things to do in New Orleans? You don’t have to go far! New Orleans, or “The Big Easy” as it’s affectionately nicknamed ...
As great as it is there are many reasons to take road trips from Chicago.  Chicago is brimming with world-class museums, live music ...
The Best Hostels in Miami – A Guide to Miami Hostels Are you looking for the best hostels Miami has to offer?  There are plent...
Exactly seven years ago we decided to go skydive in New York! We weren’t exactly adventure enthusiasts or adrenaline junkies? It wa...