The One Thing All Female Travelers Should Pack, Period!

I vividly remember the day I realized being a female traveler is very, very different than being a male traveler.

It was a few months after we left NYC and were traveling around Central America. We were in a tiny surf town called El Tunco in El Salvador when the chocolate cravings, light cramping, and what I can only describe as superhero power sense of smell set in.

I knew what was coming.

Thankfully I had embraced tampons early on in my teen years, so the impending occasion wouldn’t ruin my upcoming plans to give surfing a try (that was a total failure resulting in a lot of bruises, but never mind).

Having used up all of the tampons I packed, I set out to find more. I went from tiny shop to tiny shop asking the clerks if they had what I desperately needed. Each time these women responded with a firm head shake, and a quick and slightly judgmental look. After visiting every single shop in town with absolutely no success whatsoever I realized that tampons are not typical in that part of the world, and apparently were taboo.


After some research on the topic I discovered that this was not an isolated case. Many women in countries outside of the United States do not use tampons.

Over the next few years of traveling I started to value tampons similarly to what I imagine the miners did those glinting nuggets back during the California Gold Rush. Each time I came across them in a shop, I scooped up at least a few packages to store away in my backpack until the ill-fated day arrived.

Then, I discovered something that completely changed my life and made traveling as a woman so much easier.

The One Thing all Female Travelers Should Pack 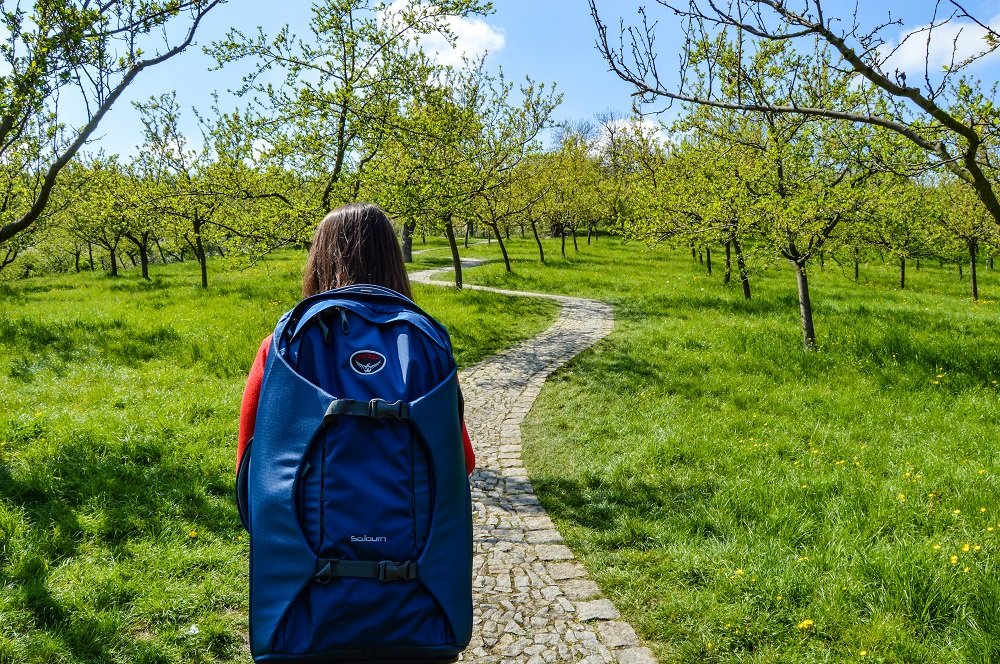 I never thought I’d be writing about this topic. In fact, I was a devoted and satisfied tampon user. I never considered straying. However, my life and values have changed quite a bit in the last few years and and it was becoming more and more obvious that there was a problem with my preferred period product. Tampons were simply too difficult to find while traveling, too expensive, and too wasteful.

So, what’s the alternative to tampons? A few years ago I would have said pads. An unacceptable option in my opinion. So what else is there? Something called a menstrual cup.

In case you don’t know, a menstrual cup is pretty much what it sounds like. A cup that collects menstrual fluids. They’re made of medical grade silicon and are inserted into the vagina during menstruation.

Embracing the menstrual cup has helped better understand and appreciate my own body and its monthly cycle. I am ashamed to say that it took me a few years after first learning about the cup to actually try it. I read horror stories about failed experiences, including embarrassing spills and leaks, and the unthinkable act of actually getting to know my own vagina well enough to properly insert and remove the cup, initially put me off the idea of trying it.

Thankfully, my situation forced my hand so to speak.

For the past two years I’ve traveled to nearly 30 countries, and usually found it a difficult and time consuming process to procure tampons. When I did find them they were almost always expensive and came without applicators. As a budget traveler who was constantly moving around, spending excessive time and money on tampons every month was not ideal.

Additionally, I recently learned just how bad tampons and pads are for the environment (the average woman throws away 250 – 300 pounds of menstruation products in her lifetime) and that they are not conducive to a vegan lifestyle.

As someone who promotes responsible travel, and gives a shit about the welfare of animals, I knew I had to make a change.

I’m not going to lie to you. Switching to a menstrual cup wasn’t a seamless process.

First, I had trouble finding one. I was in Prague at the time and finding one was almost as difficult as find Tampax in Guatemala. I visited several health food stores before giving up and ordering one on the internet.

Second, there is a learning curve when it comes to using a menstrual cup. I had my share of accidents and failed attempts (nothing bad enough to convince me to go back to tampons) but eventually I got the hang of things. Thanks YouTube!

Now that I know how to properly use a menstrual cup, I really wish I would have made the change earlier. I’ve found that they’re much more convenient and a lot cheaper than tampons in the long run. It also takes up a lot less space in my backpack, is better for the environment, and I never have to beg strangers in remote locations for feminine hygiene products again.

In short, menstrual cups are a life changer. Every female traveler (and really every female period) should consider giving them a try.

Menstrual Cup Options and How to Choose One

There are a slew of menstrual cups on the market. Amazon carries a variety of them. You can also find them in some health food stores or at WholeFoods. Some of the most popular brands include LENA, Diva Cup, Luna Cup and Pixie Cup.

If you’re not sure how to choose a menstrual cup, I highly recommend watching this video. This girl’s YouTube channel is also super helpful when trying to learn how to use them.

Let’s face it, when women travel we have a number of considerations that are quite different than our male counterparts. I’ve...
Trying to figure out what to pack for a long term trip can be vexing. Space is limited and you can only bring as much as you can car...
What is Responsible Tourism? You may have heard the phrase “responsible tourism” and “sustainable tourism” being ...

5 thoughts on “The One Thing All Female Travelers Should Pack, Period!”

We use cookies to ensure that we give you the best possible user experience on Just a Pack. If you continue to use this site we will assume that you are happy with it. We do not use your personal data, and will never sell it.OkNoRead more